Nicholas and I have been out shoveling with Mama since 6:30 this morning.  Oh where oh where did all this snow come from?  Mama is at the end of her rope, the snow is so deep at her office window that all she can see is a bit of sky!!!  Daddy says this way she won’t get distracted looking out the window and I don’t want to tell you what kind of response that got him but it wasn’t good.  My yard is getting smaller and smaller as the snow bank get higher and wider.  Mathew is doing a super job on our yard!!!  He was here three times yesterday just keeping it clear as the white stuff kept coming down.  He made sure at all times yesterday we were able to get out of our yard and with a day like that we say, “Job well done”!

Yesterday was the first time in the history of Mama’s business that our open houses had to be cancelled but it just was not safe for buyers or our Team to be out in that blizzard.  Steven tried to get to 15 Leeward Lane (that house is such a fantastic value, I can’t believe it hasn’t been snapped up) and managed to get as far as the end of Boar’s Head Road then hit a dead end!  That’s as far as the road was plowed!  Kudos to him for trying on a day like that!  We don’t need to question now that this is one guy who loves doing open houses or why he’s known as “The Host with the Most”.

It’s so difficult in a winter like this for Mama and Pam to predict the date and size of these coming storms when they’re preparing advertising for open houses.  You know Mama is the Queen of Advertising but when the paper sets deadlines to have the ads in and finalized by Tuesday, who can say what the upcoming Sunday will be like?  Buddy says, “You might as well go look out the window cause if they are predicting flurries we’ll probably get about 30 to 40 cm!”  About five years ago Mama hosted an open house in a huge blizzard in Rothesay on a street that went up a long steep winding hill.  She said to Daddy, “I’m not sure I can make it up there and back even with the four-wheel drive!”  But off she went with a good book tucked into her open house bag and she never dreamed anyone would show up in the blizzard.  Low and behold at 3:45pm a couple come through the door and bought the house right there on the spot!  That blew two theories out of the water, 1/ that no one would visit an open house in a blizzard and 2/that people don’t actually buy houses at an open house!  Mind you, it does not happen often but we’ve done it more than a few times and it does give the sellers another venue for exposing the home they are offering.

Also, Nicholas and I want to send “get well” wishes to our dear friend Molly Burt who had an operation on her leg last month.  “Molly we hope you are feeling better and that your leg heals quickly so that you can come up to Allison and Spy Glass for a run with us really soon!  Don’t forget to bring your new sister Abbey!  We’re attaching a pic of us all together last summer here at our place, hope seeing it makes you feel better.”

I’ve got to get off this computer now and go out with Mama and Nicholas to shovel some more snow.  If there was some kind of snow plow for working dogs that we could hook onto me I’m sure I could plow a lot of snow!  I’m big, I’m strong, I’m smart and I’m motivated, I’m Big Buddy Bacon!  Stay warm and keep your mukluks handy!

Do you enjoy the beach and swimming as much as Buddy and Nicholas?  Tired of shovelling snow and enduring the endless exasperation of bone chilling cold and one more storm after another?  Dreaming about a balmy winter in the sunny south with the sun’s rays beaming down on your face while you relax by the pool with a cool drink or listen to the soothing  sound of the surf gently collapsing against the shore as you sift fine beach sand through your toes?  Sounds good to Buddy!  Mama and Team Platinum are pleased to offer our clients a professional Florida buyer’s agent with many years’ experience in helping Canadians just like you find the vacation home of your dreams matched to your budget and lifestyle-objectives.  If you have four legged friends he can tell you the best dog friendly places for us as well.

As a former Maritimer, our connection is very familiar with our unique objectives and concerns as Canadians considering an investment in Florida real estate. “Our clients sing the praises of their buying experience with Our Florida Connection.”  Find out why today!”  I say, “Once a Maritimer, always a Maritimer!  After all what’s better than a New Brunswick summer?  By Buddy Bacon’s standards “Absolutely nothing beats an NB summer!”  For more details email me at Buddy@KatherineBacon.com, I’m more than happy to hook you up!

Our sweet little cousins Myra and Lucas have been wintering in Florida their entire lives and at 3.5 lbs each I am happy that they were not here in a New Brunswick this winter!  They usually come home after Easter and we’ll be happy to see them (they are twins you know).  At the rate we’re going we may still have plenty of snow in April.  They are no bigger than my big head but we are gentle with the wee ones!  See their pic attached.

The team is busy this weekend with open houses from 2pm to 4pm.  Steven and Kim are together at 12 Coventry Crescent, Quispamsis on Saturday.  Sunday they are in Millidgeville with Kim is at 32 Deerwood Place with a nice new price reduction and Steven is offering fantastic value at 15 Leeward Lane!  Come on out and say Hello, you know we’re always happy to see you!

Congratulations from Buddy and Nicholas Bacon to our dear friends in Sussex, Tux and Rave Scovil on the arrival of their new baby sister Daisy!  Daisy is a 9-week old Dachshund puppy with the sweetest little face, see the picture attached!  Nicholas wants to know if we can meet her when she’s a little older?  Maybe you guys could all come down to Rothesay for Buddy’s big birthday bash the end of May, “Big Buddy’s Cheeseburger Picnic”?  It was a blast last year with games such as fetch, Frisbee, tug of war (of course Big Buddy won that, Nicholas says all I had to do was put my weight into it!), races, Mama organizing the fun and Daddy working the barbeque!  I can tell you that our daddy cooks one mean cheeseburger!

As you know we are still in snow up over our eyeballs!  So far over our eyeballs that we are wondering if we will even see our lawn in June!  This is only the first of March and you never know what storms can happen before this long old winter is over.  Mama says people are just sick to death of it but amazingly the serious house buyers are still out looking and buying, through the sleet and the snow, the ice and the cold!  You just can’t keep a serious buyer down!  For the dreadful winter we’re having the entire team has been extremely busy!

There is so much snow around our office that some days Pam and Heather feel like they are working in an igloo!  They are toasty warm though as our good friend and landlord Tony put in two new heat pumps last spring to keep the girls cool in the summer and toasty warm this winter.  If there was ever a winter that we would need it, this was the one!  Mama says that we can visit Tony this spring to see his new puppy and Nicholas can race around Tony’s huge property on Long Reach with the new puppy.  Be ready puppy, Nicholas is wired so you better eat your Wheaties if you think you’re going to keep up with him!  I’m just sitt’n back dream’n about some hot fun in the summer sun!  Will those days ever come? 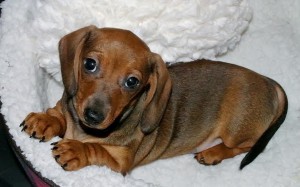