Happy Howloween!  Not sure how many treaters we’ll get this year with the torrential rains predicted but Nicholas and I will be ready to greet little ghosts, goblins, princesses and pirates at the door in our own scary costumes!  The number of treaters has dropped considerable in our neighbourhood.  Two decades ago (well before my time) Mama says we used to run out of treats at 150 treaters and last year the number was down to 37.  Papa has a blast preparing the bags and giving out the treats in his own super scary costume.  Our pumpkin has been ready for two weeks.  Nicholas and I are hoping for a few of our favourite dog bones.  Paws crossed and hoping! 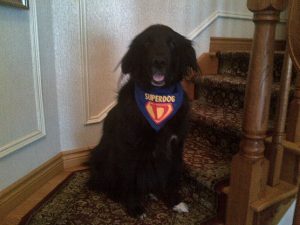 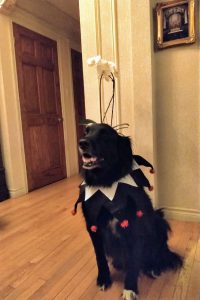 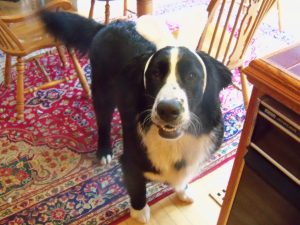 Above is Nicholas in past costumes as Super Dog and Court Jester and me as the Easter Bunny.  He doesn’t think anyone will recognize him!  Hahaha!  He wouldn’t let me post the pic of him in the blond wig the year he was an angel.  This year I’m going as a Bumble Bee and he’s a Lady Bug.  Stay posted for pics.

We’re excited about our waterfront open house this Sunday from 2-4 pm at 1 Malabeam Lane, Sagamore Point, Rothesay  MLS#NB028280 offered at $548,000.  The charming raised ranch comes with wonderful kitchen with gas stove, 3 fireplaces, finished daylight walkout basement, 2 full acres of privacy and beach rights to a neighbouring fine sandy beach!  We’ve been anxiously waiting for the completion of a 6 foot seawall/berm and it’s all finished and looking good, alleviating any concern of flooding in springtime. 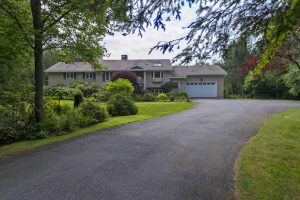 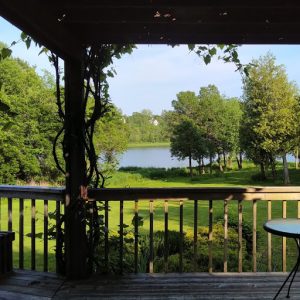 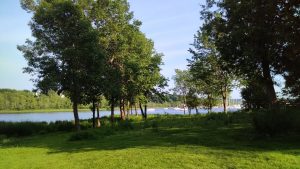 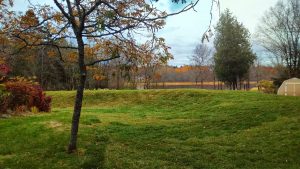 The high winds last week may have taken most of our beautiful autumn leaves but our Japanese maple is still holding on with a blaze of vibrant red colour.  The European copper beech at the front door holds on to the bitter end and won’t lose its last leaves until February.  It’s leaves don’t turn colour this time of year but it will be beautiful in the spring when the new growth looks like a shiny copper penny.  We noticed two weeks ago that most of the leaves were gone in the countryside and surrounding areas but the Rothesay Road is still a blaze of colour with the majestic old maples holding on tight til the end, so beautiful. 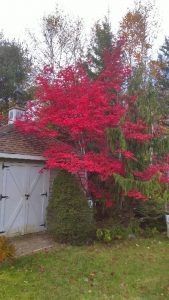 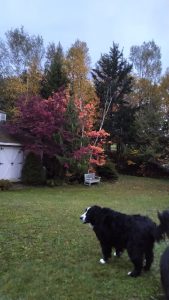 This was a month ago in Sept when it was burgundy.

Well Mr Nicholas is a dog with a  job.  Every morning while Mama fills the bird feeder he sits close by, sitting right up, on guard, watching intently for any squirrels who may venture near the feeder (and especially near Mama), how dare they!  The only thing Nicholas hates more than squirrels in the yard is crows in his trees!  He’s so funny, he gets totally wound up if he sees a crow in our trees, I personally couldn’t care less.  But then again I’m a pretty laid back sort of guy. 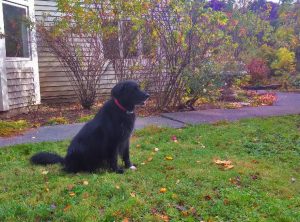 Lots of activity this week on our new listing at 129 Gorhams Bluff Road, MLS# NB035330, $419,000 for this waterfront home on 18.03 scenic acres.  The showings started within hours of hitting the market with the first offer arriving and accepted within 24 hours with additional backups waiting.   This home with huge windows is on one of the most scenic properties Mama has seen in many years with a panoramic view up and down the St John river and a beautiful sandy beach. 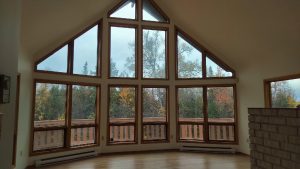 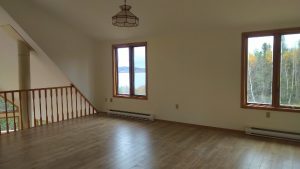 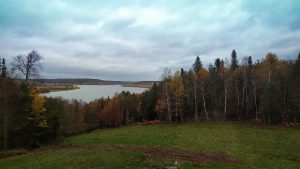 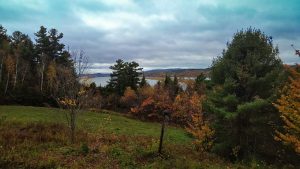 We headed over to Deer Island last weekend for a showing at our listing there.  Mama let’s us tag along for the scenic drive and ferry ride through the islands.  We were hoping that it wouldn’t be windy as Mama gets a little nervous on the ferry if the wind is high, but it was gorgeous!  Sunny and calm as can be.  Have a great week and we hope to be seeing you soon.  Don’t eat too many of those treats and I promise I won’t either!