Happy St Paddy’s Day and the top o the morn’n to ya!  Are you all set with your green Irish duds for tomorrow? Mama has a bit of Irish roots on both sides with Delaney on her mothers and O’Regan on her father’s.  Her great uncle was very well known in Saint John for dressing the more dapper men of the city for decades from his shop, “Clint Regan’s Style Shop For Men”, located near King Square.  Her father Tom was always a very sharp dresser, a trait he inherited through the family.  When the Irish first landed in Saint John more than a century ago, similar to other cities, no one would hire the Irish so the family elected to drop the ‘O’ off their name.

Nicholas agreed that we’re not getting dressed up this year but here are two pics we just love.  This golden retriever pup is adorable and the Pomeranian looks much like our little cousins Myra and Lucas who will be all dolled up in their Paddy’s Day finest, no doubt! 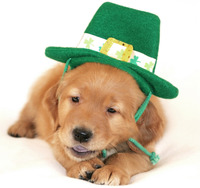 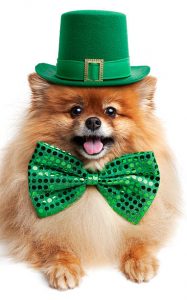 Let the sun shine in!!!  After another week of snow, snow and more snow Nicholas and I are as happy as all New Brunswickers to see that sun shine and vivid blue sky!  You know Buddy Bacon loves the snow but during the storm it meant walks were limited to the street which means Nicholas and I had to be ‘on-leash’ and no Free-Dog runs for Big Buddy Bacon!  We’re hitting the trails of Spy Glass today and looking forward to seeing all our four-legged friends who we expect will be out in drones!  Hyper Nicholas who was suffering from more than a bit of cabin fever will be sure to put on a show ripping and tearing around the fields and the trails with his friends going flat out with his ears dancing in the wind!  I’ll do my usual casual stroll stopping to say a friendly hello and watch the shenanigans of my crazy brother.  Here I am below totally enjoying the snow in my yard this week.  Nicholas and I shown here with our new ball a gift from our friend Mike Smith who recently found a new home here in the city with the help of Mama and Charlie.  Big dogs need a big ball, thanks Mike, we absolutely love it!!! 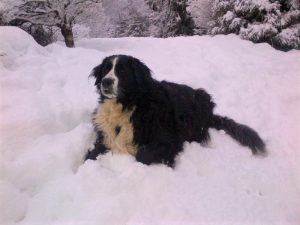 Congratulations to the Saint John Real Estate Board who yesterday celebrated their 60th Anniversary.  Mama and Charlie were present for the celebration along with all their colleagues from Coldwell Banker Select and our own Michele McGuire was elected to the board as a Director.  Congratulations Michele from the Budster! 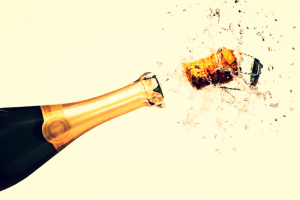 Mama and Charlie have two Global Luxury open houses coming up next weekend in Drury Cove on Sunday March 25th 2-4pm!  The first is an open concept  waterfront condo with finished walkout basement at 21 Upper Deck and the second is a stunning water view custom home with the latest in upscale finishes at 41 Fox Point Drive.  Mark your calendar and we hope to see you there!

Get out there and enjoy the sunshine this weekend.  Nicholas and I hope to see you out and about!