I’m getting through this unusually hot summer by doing as much swimming as possible in the Bay of Fundy!  I only get there on the weekends but let me tell you Nicholas and I make the most of it!  There’s nothing more refreshing!  Of course I don’t mind the cold at all but Nicholas prefers it when the tide is coming in over the hot sand which warms it up about 20 degrees F.  Mama prefers this too and actually got in with us for a swim twice last weekend!  You know it’s hot out when Mama is swimming in the Bay of Fundy!!!  Our broker Kevin Butler jumped in a few times last weekend in PEI as well.  Another Tough Canuck!  They say it’s good for what ails ya and I agree.  I feel like a million bucks when I get out.  I know Mama did too, she kept raving about it!  Papa came in unexpectedly on Saturday (he actually fell in, off a rocker, snicker, snicker, snicker)!  Mama was right there and pulled him out.  I was up sunning myself on the beach so I was no help and it was all over by the time I hustled down to the water.  He didn’t go right under but the cold water was a shock for sure.  Papa said he actually felt better for it but we can’t figure out why he wouldn’t come back in again???  Wish I had it on camera. 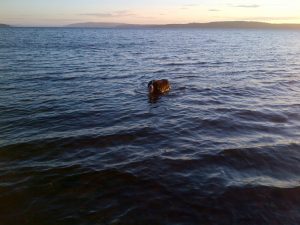 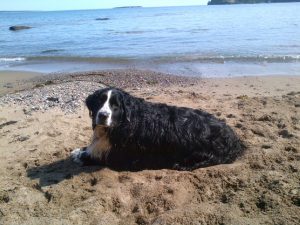 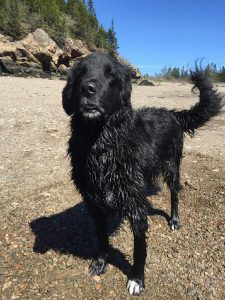 Business has been brisk for being the heart of summertime.  July and August are usually our two slowest months but Mama and Charlie had a great July and August is ahead of schedule.

Hope you had a great New Brunswick Day weekend and that we see you around the parks and beaches this summer!